The Point Guard Basketball Mentality:
15 "Must Have" Traits 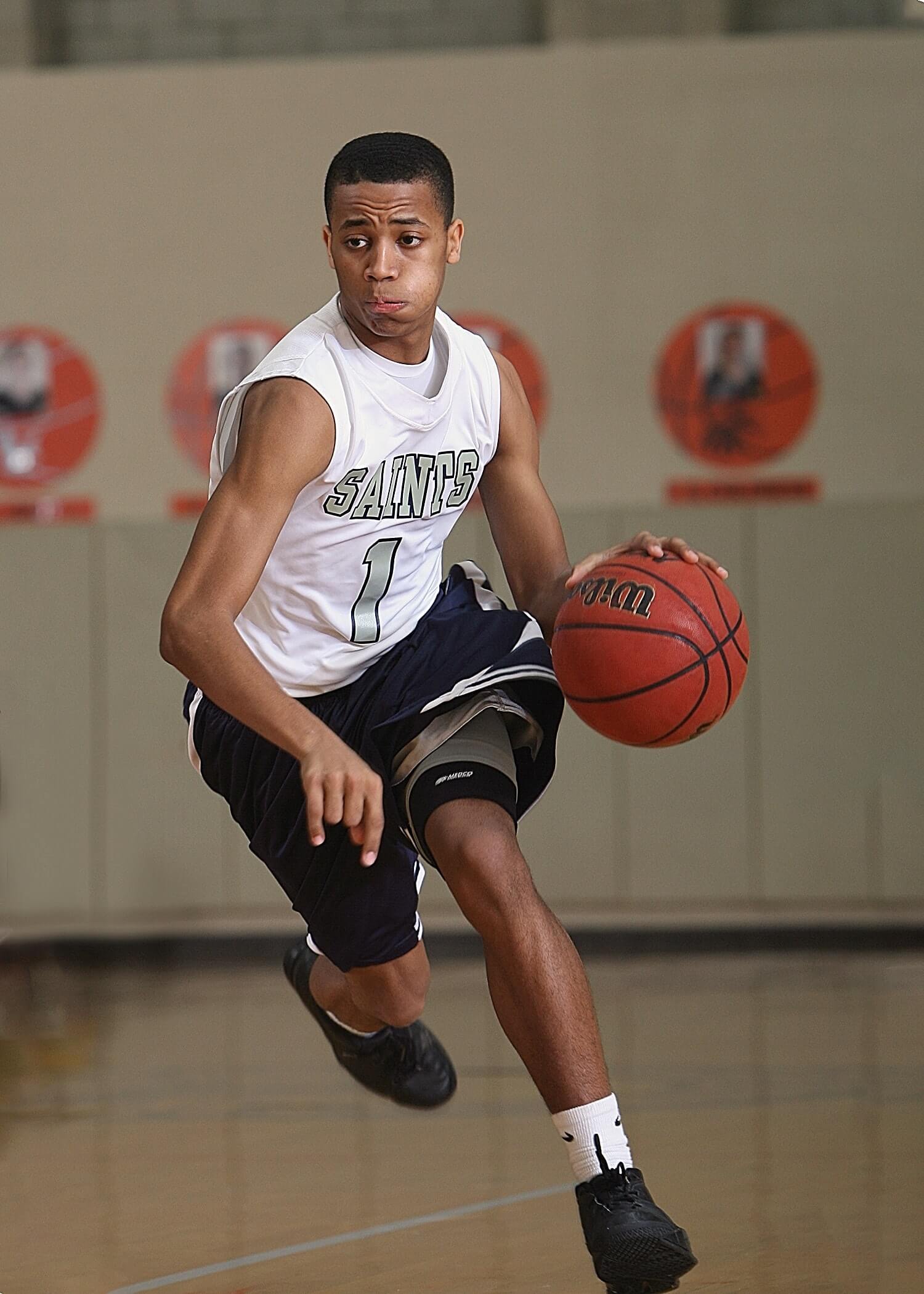 Fact: The heartbeat of the team lies in the point guard basketball position.

Strong leadership is at the foundation of any successful organization.

And a basketball team is no different.

Find a point guard (PG) with terrific work ethic, love of the game, coachable attitude, and solid fundamental skills, and you've got a key ingredient for a winning program.

Find a PG who's lazy, has a negative attitude, is selfish with the ball, and lacks court skills, and you've got the recipe for a long, hard season.

Of all the positions on the court, the point guard is undoubtedly the most important in terms of providing floor leadership.

It's a lot of pressure.

It takes a special set of skills to have what it takes to lead a team.

The point guard must earn respect.

Respect from the coaches in order to be their representative on the floor.

And respect from the teammates in order to lead them.

Below you'll find what I consider some of the the top qualities crucial to becoming a great point guard.

You'll see pretty quickly that these traits don't just appear overnight. They come with age and experience and practice.

But if you have players who want to excel at this position or you see potential in young players to be the floor leader, encourage them to work hard to develop each of these characteristics.

The team depends on it.

The point guard is the coach on the floor. She must have the confidence, ability, and desire to lead her teammates as the coach makes offensive and defensive changes throughout the game.

To be a great leader, she must be the type of player her teammates respect and want to follow. As she goes, so goes the team.

In tough situations, she is the player her teammates look to for confidence and direction.

The point guard handles the ball more than any of the other positions in basketball.

He needs to be able to dribble against pressure, push the ball up the floor quickly in the open court, and attack the defense to create passing or scoring opportunities.

The PG's #1 responsibility is to protect the ball and get the offense going.

As the leader of the offense, the point guard has to deliver the ball to open teammates. She should lead the team in assists.

This requires keeping her head up in order to see the whole court at all times. She needs to make strong passes to teammates without telegraphing where the ball is going, using pass fakes when necessary.

Since her teammates are guarded most of the time, she needs to be able to recognize where to deliver the ball so it won't be picked off by the opponent.

The point guard has to mentally and physically adapt quickly to changing roles.

He is often the first player back on defense and must move quickly enough to slow down the opponent's break until his teammates can recover.

Once the ball changes hands, he's one of the key players involved in leading the fast break.

Both of these situations are times of quick transition, and he needs to be ready to react as his role changes quickly from offense to defense.

A good point guard notices defensive changes. Even if her coaches haven't told her yet.

This recognition is often the difference between advancing the ball down court or turning it over.

Whether the defense is changing from man-to-man to zone or from half-court to a full-court press, she must recognize the changes immediately and communicate them to her team.

In order to bring the ball up the floor against good pressure and deliver it to teammates in all locations on the floor, the PG has to be able to dribble the ball well with either hand.

It doesn't take long for the defense to recognize a weakness, and they will make the PG's life miserable by forcing him to his weak side.

It's easy to disrupt the entire offense by forcing the point guard to go in the direction that makes him uncomfortable.

It takes a lot of time and practice to gain confidence using both hands equally well.

Most of the time, the point guard is not called on to be a big scorer like some of the other positions.

Her main job is to run the offense so that open teammates can score.

However, the PG has to be a good enough shooter from long distance that she is at least a threat to score.

If the defense doesn't respect the PG's shooting ability, they will be able to sag off of her, jamming up the passing lanes and making it difficult to move the ball around the offense. 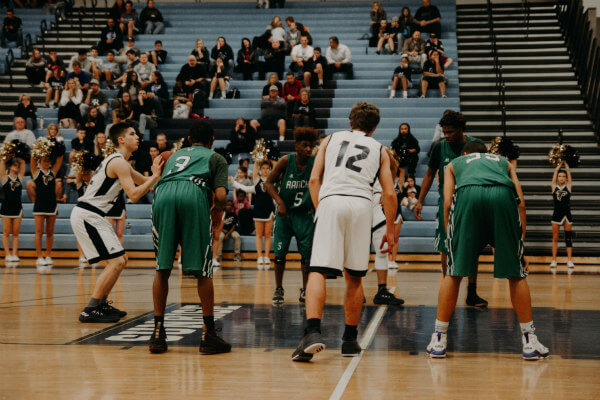 Since the point guard has the ball in his hands a lot, he has the opportunity to get fouled more than some of the other positions in basketball.

Especially if the game gets close and the defense is desperate to get the ball back, the point guard may find herself spending a lot of time at the free throw line.

When she's put on the line, she has to deliver.

To be a good floor leader, the point guard needs good court sense. He needs to understand the game of basketball and anticipate what's about to happen.

To watch the whole floor at all times and see plays as they develop.

He should know his teammates' strengths and weaknesses and play to their strengths.

He needs to know who on the team has the "hot hand," so he can keep feeding them the ball.

He also needs to pick up on tendencies and habits in his opponents that he can take advantage of.

The value of a smart point guard to your team? Priceless.

The point guard typically guards the opponent's PG on defense. This requires her to be a hard-working defender who applies constant pressure on the ball handler.

Tough, aggressive defense on the dribbler will make it difficult for the opponent to run a fast break, force her to work hard bringing the ball up the floor, and make it hard for her to see open teammates.

Also, as the safety on defense, the point guard is called on to slow down the opponent's fast break until her teammates can hustle back.

More than any of the other positions in basketball, the point guard must know the time remaining and the score at all times.

It should become a habit to glance at the scoreboard and clock at every dead ball and every trip down the floor.

To be able to make good decisions on the floor, the PG has to know how much time he has to work with and how close the game is.

I've seen plenty of games lost by poor decisions from players who had no idea what was on the scoreboard.

The point guard can infuse energy and enthusiasm into her team by hustling all over the floor.

The ball is the most important possession on the court, and she should work hard to get her hands on it. No one should out-hustle her.

Whether it's diving on the floor after loose balls, running after a long rebound, or making a gutsy defensive stop, her scrappy all-out effort will pay huge dividends for her team.

Unlike the other positions in basketball, the point guard is the voice of the coach on the floor.

Though Coach will no doubt give instruction and encouragement from the sideline, she relies on the point guard to deliver information to the team.

Whether it's making offensive or defensive changes, building up teammates, or making teammates aware of the time on the clock, the PG cannot be timid.

She has to have the ability and confidence to speak (or signal) loudly and clearly over the noise and chaos of the gym. If her teammates can't hear her, it's impossible for every member of the team to be on the same page.

The point guard's job is to make everyone else at the other basketball positions look good. She should be the first one to give a "high five" for the great effort of a teammate. Her main focus is the good of the team.

Her job is to pass first, shoot second. Once the ball has moved around she may get it back for an open shot, but she should resist the urge to jack it up once she crosses half court.

Unfortunately, I've seen it many times. Especially in youth basketball leagues where the skill level of many players is pretty low.

A lucky team has that one player.

You know the one.

She's head and shoulders better than the rest.

It's easy to allow her to dominate the game.

Nothing will kill team unity than a dominant, selfish player who is allowed to go unchecked.

It's good for team building and your overall offense to pass the ball around and allow other players to get involved.

As the floor leader, the point guard must be mentally prepared for every game. He has to keep a close check on his emotions, so that he stays in control at all times.

Remember, the team will feed off of its leader.

His energy and confidence, positive and negative, will bleed out on his teammates.

Also, at the age-appropriate time, the PG should know his team's playbook by heart.

He should not only know his assignments in the various offensive and defensive sets, but where his teammates should be also. He can't help direct his teammates if he doesn't understand their roles.

Likewise, he should know his opponents. When Coach gives him a scouting report for an upcoming game, it's his responsibility to study it and learn what to expect from the other team.

A great tool to become an outstanding point guard is to learn from others who at excel at that position.

I strongly recommend that young players watch lots of ball games and find a good point guard at the high school, college, or pro ranks to model. There's not a better way to pick up good point guard basketball tips. Watch carefully how they handle themselves on the floor in all kinds of situations.

And one of the best ways to improve skills at all positions in basketball is by attending a basketball camp in the off-season.